As you ponder how to get the most out of your executives, coaching will no doubt come up in the conversation.

Today, we'll help you evaluate whether or not this is the right approach for you and your organizations by laying out some examples of how executive coaching can help your upper-level management, and of course, your business.

By the end of this article, you'll have a good grasp as to whether it's time for you to start seeking out an executive coach or if other approaches may be better.

Then, we'll help you discover how to get the most bang for your buck - by choosing the right executive coach. We've got a lot to cover, so let's dive right in!

What Is Executive Coaching?

Executive coaching, as you may gain just by reading the name alone, is coaching for your executives. This is an investment in some of the highest performing and most important individuals at your company.

These executives lead teams of their own most often, and thus, their ability to perform is even more important. But we aren't just talking about the hard skills they use on a day-to-day basis - we're talking people skills.

A lot of the time, executive coaching goals seek to optimize how these individuals interact with their teams. A focus is put on communication so that your executives are better equipped to lead their teams. The end goal is an organization that runs smoother, more efficiently, and more profitably.

What Are Some Of The Different Examples In Which Executive Coaching Makes Sense?

There are a few examples in which executive coaching might make sense for you and your executives. This is certainly not the end-all-be-all solution, but it may be just what your management needs to break through a plateau, improve processes, and make the working environment better.

One of the best executive coaching use case examples is when you're bringing someone into a new role as an executive. This is an intimidating title - and if they've never been placed in this position before, they may be unsure how to navigate the role of an "executive".

Many of these brand new executives have likely gone from being led their whole lives, to now having to lead a team themselves!

Sure, they have the potential to excel in this role - but without the guidance of executive coaching, it will take them longer to get there. Or, they could stumble along the way, making costly errors that could have been avoided had you just invested in executive coaching for the individual.

This relationship would feature some elements of induction coaching - helping them navigate the change of this new role and all that comes with leading a team now. But the executive would also learn skills to improve communication and better understand the people they lead.

Another example in which executive coaching is a great investment is when you're handing more and more responsibility to one of your executives. You wouldn't be giving them this responsibility if you didn't believe they could handle it - but you still may have some concerns about them. You want them to be successful, but you personally might not be equipped to help them prepare for the tasks at hand.

As your executives grow and flourish within your organization, there's no doubt you'll want to continue feeding them responsibilities so you can take work off other people's plates, and challenge them further. After all, they've gotten to this point, right?

But with each added person to their team, each responsibility they are now beholden to, pressure will rise - how will they handle that?

To ensure your existing executives conquer whatever challenges they face and continue getting better and better at what they do, bringing on an executive coach is a great idea. These coaches will help them learn how to balance all the things they do and keep their stress managed so it doesn't bleed over into the people they lead daily.

Your Executives Are Struggling To Influence Outcomes & Meet Goals

There will come a time where your executives will end up underperforming - maybe they've been assigned a specific goal, and are struggling to influence whatever outcome your organization is striving towards.

Good managers understand that this isn't the fault of the executive in most cases - and instead of disciplining or scolding them, they just need more resources in their arsenal to get the job done.

If you and your executive have agreed on specific goals for your company and have been unable to make headway on them the way you had hoped, this is yet another example of how executive coaching can help.

One of the main goals of executive coaching is to train the executive in question to effectively influence outcomes. They'll become better at delegating, inspiring, and simply getting the most out of their teams. In these situations, the executive may take on some form of leadership development programs with their coach - along with other forms of coaching to eventually break through that ceiling and reach new highs.

How To Go About Finding An Executive Coach

No matter what the scenario is, you've decided executive coaching is the solution. But you, the executive, and your organization have unique needs - and you need a coaching engagement that adapts to help you meet those specific coaching goals.

We won't pretend that finding a worthy, qualified executive coach is easy - it's not. You'll have to do plenty of vetting to ensure the coaching engagement is successful. But before you get there, you should have some basic coaching goals lined out.

Before you begin talking with any specific coaching agency or coach, you should have a good idea of what you're hoping to get out of the executive coaching engagement.

Let's take a step back and remember that proper executive coaching isn't meant to seek just general improvement - you should have a specific outcome in mind. Maybe it's a sales goal for your sales team - and you want your executive to be better equipped to influence that outcome.

Maybe you don't necessarily have any specific goals in mind yet - that's ok. A good coach will be able to help you come up with concrete goals, metrics, and outcomes you're after. You'll agree on these together, and get to work bringing them to life.

Why Choose Sigmoid Curve For Your Executive Coaching?

No matter what your reasoning is for seeking out an executive coach, Harold Hillman and the Sigmoid Curve team are here for all your executive coaching needs.

With extensive experience not just here in New Zealand, but across the globe, we're well equipped to work with any sort of organization out there. There's no industry too niche, either - we've seen it all, and are confident we can help you and your executives reach their full potential. When you work with us, you'll see results - because we implement a proven, practical methodology that transcends any borders, any industry.

While some executive coaches take an incredibly academic approach that will have you feeling like you're back at university, we're very practical. Instead, we use real-world situations to help your coaches adapt and become the best versions of themselves. The result is a workplace that thrives - as your leaders can lead effectively and get the most out of the executive coaching you've invested in.

With the help of Sigmoid, everyone wins - the executives we coach, the teams they lead, and of course, your organization. Reach out today and let's get started evaluating your goals and seeing if we fit into helping you attain them! 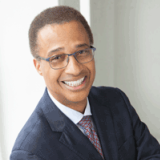 What are leadership training programs?

What Are Some Of The Common Executive Coaching Goals?

You've decided to seek out additional help and resources for your upper-level management, but aren't exactly sure of the specific outcomes you want to strive towards. You're in luck - because today, we're going to help you discover the most common executive coaching goals.

Be the first to know about upcoming sales and promos. Get a 10% discount coupon when you subscribe!